Find a location with good light for a portrait shot. Place your subject some distance in front of a simple background and select a wide aperture together with a moderately long focal length such as 100mm on a 35mm full-frame camera (about 65mm on a cropped-frame camera). Take a viewpoint about one and a half metres from your subject, allowing you to compose a headshot comfortably within the frame. Focus on the eyes and take the shot.

Longer focal lengths appear to compress space, giving a shallower depth of acceptable sharpness, which is known as depth of field. This makes a short or medium telephoto lens perfect for portraiture: the slight compression of the features appears attractive while the shallow depth of field adds intensity to the eyes and ‘lifts’ the subject from the background. 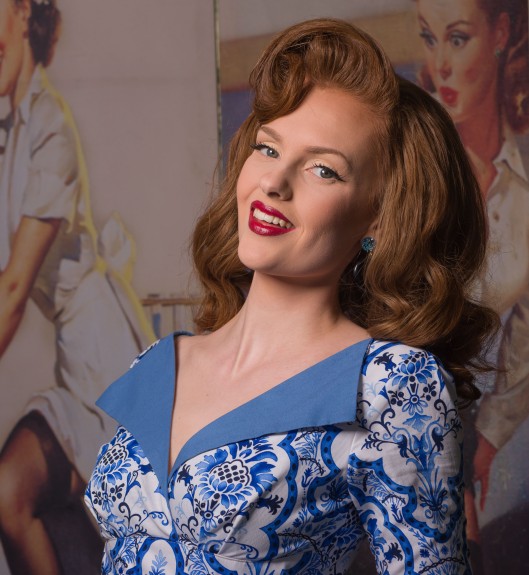 I found the ideal opportunity to demonstrate depth of field in this exercise at a recent portrait photographic shoot with a 1950’s model Alice Loxley.

The canvas backgound, which is a softly painted 1950’s scene, is acting like a backdrop which focuses the eye on the subject.

I choose the Nikon 105mm lens as it is an ideal lens for portraiture work as it has a wide aperture that helps with the lens compression, giving sharp facial features and soft focus in the background.

Depth of field is explained as “the widest aperture the smallest f-number.”(Langford et al., 2015). I own a Nikon 50mm f1.4 and the lowest f-number is f1.4, which gives the least amount of depth of field; the opposite is the highest f-number.

Each lens has a specific highest and lowest number, for example with my Nikon 55-300mm lens the smallest f-number is f22 and lowest being f-number is 4.5.

I recently took a photograph of a poppy with the sunset and corn field behind using this technique.

By controlling the depth of field I made the viewer focus on the poppy to distinguish it from the background. In this way the poppy becomes individualised and forms a relationship with the going down of the sun. Using a wide landscape lens with a low f-number of f4 I have created the desired effect. 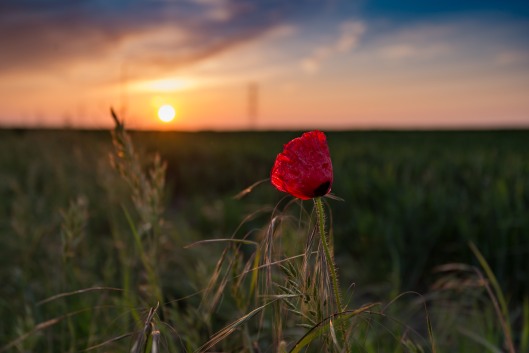 In contrast at another location with poppies using a wide angle 16-35mm lens at f11 the detail is sharp throughout the image.

According to Nathalie and Herschdorfer Herschdorfer, The Thames et Hudson Dictionary of Photography, macrophotography is “A technique that produces an image at the same scale as the subject itself”. Macro photography deals with some of the shallowest depths of field and the smallest amounts of depth of field focusing on something very close. Using this technique the eye is focused using a shallow depth of field distinguishing one particular part of the subject and by showing the background as out of focus.  This technique can be part of a scientific style whereby the subject is photographed in minute detail and typically portrays flowers.